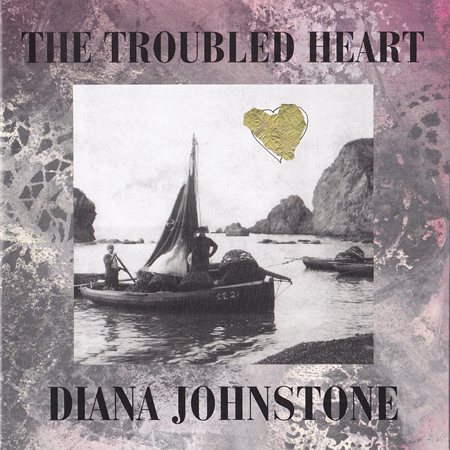 Diana Johnstone has a voice of bright clarity, capable of conveying the most delicate and tragic of emotions. On THE TROUBLED HEART she is accompanied by guitar, piano, keyboards and cello, but they serve only to support the delicacy of her voice, the poignancy of her lyrics.

Each song is a short story in its own right. On the second track of this album she sings of a child asking, ‘Where do all the dreams go?’, and these six words just about sum up the wistful melancholy and disillusionment that pervade the other tracks, from the slow breakdown of a relationship in ‘Tired Of The Blues‘, through a parent’s grief at a grown child’s leave-taking in ‘Beloved Child’, to the unrequited yearning of unreturned love in ‘All My Love’s in Vain‘.